For the second year in a row the “Java Developer Day” was held in Athens Information Technology (AIT), where the familiar team of Java Evangelists informed the Greek community about the latest and greatest from the world of Java.

The venue was very good, although packed and some people had to stand up, at least at the first 2-3 presentations. I was happy to see many familiar faces and meet friends that I never knew they were attending. Maybe because 3/4 of the participants were from the NTUA. 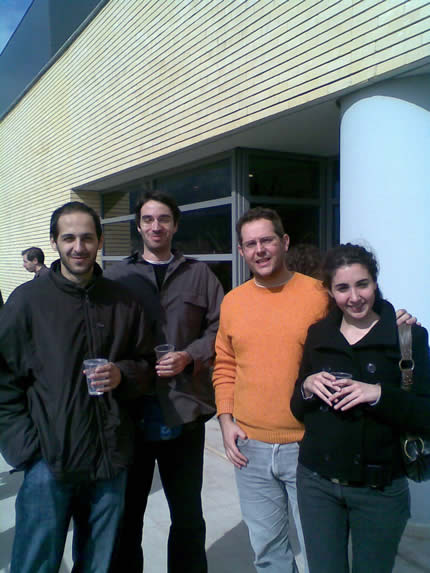 The organizers had prepared a comfortable environment in which you could listen to the presentations, get together with colleagues and share opinions with new people. After all one the great thing about these kind of events is that you not only have the opportunity to hear from the experts but also network with people from your own geographical region that share the same interest with you: Java 🙂

Of course there were some issues that might need to be addressed for future similar events like the fact that:

Since I have organized several events in the past I understand the many difficulties that characterize similar endeavors and I have to say that both this year and the last year, the organizations from Sun Microsystems Greece deserves two thumbs up!

A small outline of the event (as I witnessed it) follows. The structure you see is about how I as a participant perceived each presentation and doesn’t necessarily represent the actual structure of every single presentation.

So here it goes:

Although I was a bit late and I missed the beginning it felt like a warm welcome that set the mood and the pace for the rest of the event.

“About AIT” by AIT Vice Chair

I didn’t get the name but I was surprised in a positive way to see the Vice Rector of AIT. He was much younger than what you would expect from a person in such a position, but I feel that for technological academic institutions it is crucial to tap in the energy and fresh ideas that younger people have. Many time the problems in this country come from people that have delayed their retirement for longer than they should have (…)

As for the actual presentation of AIT, it was quite impressive and will probably make several people consider it as an option for their postgraduate studies in Greece.

“View from the top” by Reginald Hutcherson

Regi is a very engaging speaker! He really makes you involved in the subject. He has visited our country on several occasions and as I learned there is a chance he’s coming back soon for a Solaris event. 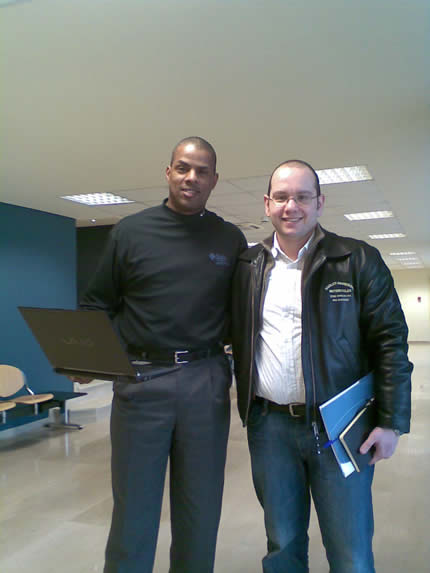 Basically this presentation was about Sun’s software strategy:

Heinz is a Java Champion living in Greece. He consults, holds courses, programs, and writes a weekly newsletter in which he shares some rather unconventional insights about Java. Things that push the envelope; make Java do things you thought it could not; dirty tricks and such. In other words, stuff you do not usually find in Java periodicals or newsletters.

You can find his newsletter at: http://www.javaspecialists.co.za/

Also informed us about a special course he is offering for Greek Residents only. It will have a 50% off discount and it will be named something like “Greek Geeks Masters Course” or something similar. It sounds interesting and you can find more info on http://www.javaspecialists.eu/courses/master.jsp

Heinz proceeded with his classification of typical concurrency issues into laws – “The Laws of Concurrency”. I will only give out their names without getting into a great detail since you can get this information from his newsletter. The names are actually quite intuitive:

Simon had a cold and apologized for his voice but actually his British accent and tone was clearer that 90% of the speakers I’ve heard in my life. 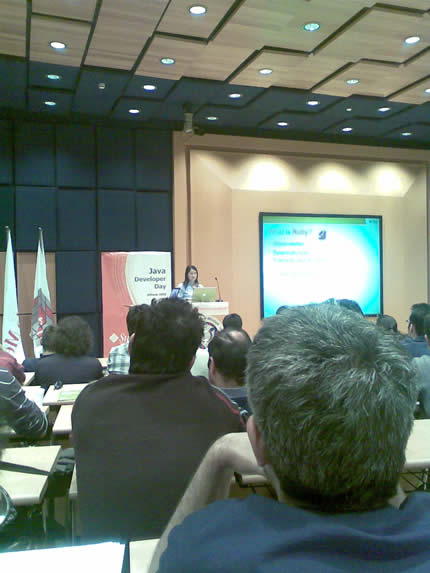 My friend Panagiotis has pointed out and interesting post that is introduced as a “fair and balanced” look at the static vs. dynamic typing schism. Reading this is a prerequisite in order to understand how much of the faith that Sun puts in Ruby (and other dynamic languages) is justified and how much is hype. While I like dynamic languages and I code in them almost every single day, you should know that they were not invented yesterday and there are several things you have to consider when you are comparing them with Java. There has been much ”static vs. dynamic” debate on the web. You even have guys from Ruby debating on why the strong dynamic typing of their language is so much better than the weak dynamic typing of languages like PHP or JavaScript. For the later two languages, as far as I know in the new versions there are suggestions to include optional type declarations.

So Doris (with an exotic accent):

UPDATE: A reader pointed out that the link to the “orthodox” blog in 15’ demo linked to a RoR webcast and not to the actual NetBeans demo that Doris demonstrated. The reason I used the characterization “orthodox” and pointed to this link was because since the RoR team posted that exact webcast (“How to build a Blog in 15’”) some years ago, every framework developer in the world has made it his mission to copy this demo and apply it to his own language/framework. It has been used so much that it has become a cliché, to the point that people have created parodies like the one by B.V. Puttyngton: “SQL on Rails: Creating a search engine in 8’”. Besides the fact that it is not intuitive anymore, it fails to deal with many of the interesting aspects of RoR and even worst hides under the carpet, the many limitations. For example the Active Record Pattern and the respectful implementation from the RoR team is only one way to go when choosing an ORM solution. It is usually the choice of lighter frameworks like the ones build with dynamic languages like Ruby, PHP etc. This approach has its strengths and its limitations and someone should study this pattern  as well as the Data Mapper pattern which is a more heavy-weight approach. A discussion about data access patterns is beyond the scope of this article. Finally I would like to mention that a presentation of a dynamic language to an audience coming from a statically-typed background is extremely difficult and would probably require at least a day. Doris is an appealing speaker but she had an impossible task. Stuff like dynamic typing, higher-order functions, object runtime alteration, closures even continuations are not only new to most java developers but alien! I could almost sense the difficulty that Simon had (in another presentation) when trying to explain closures using artifacts from the Java space. If there was one person in the audience that got closures with the example of inner classes he deserved a t-shirt 🙂

Excellent, both in quality and quantity.

If you have checked out JavaFX in the past and have though that it seems similar to Adobe’s Flash/Flex stack well… you were right: it is competing with the later stack in a direct way. While Abode has a lead start, I feel that with the native power of the Java platform, JavaFX has the potential to easily outshine Flash/Flex (and Silverlight)!

Paris is the leader of the Hellenic Java User Group (JHUG) in Athens, Greece. He has been working in a series of JUG-sponsored developer events held in Athens to build-up the Java developer community in Greece. 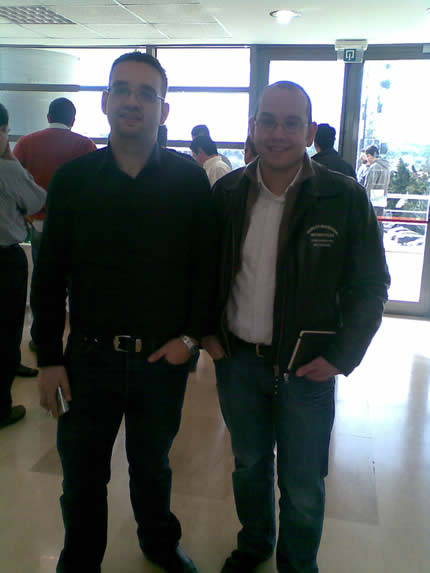 Paris gave a talk that aimed mostly on junior developers and contained valuable information that when I started out, I had to try really hard and make many mistakes in the process in order to attain it.

You can find the slides from his presentation here.

Finishing up I would like to thank all the people that worked to make this event possible. Even though they make it look simple because they are talented, it is quite hard.

Having said that, I’d also like to see more efforts like that from Sun and even events that go beyond basic introductions and delve into the inner-workings of specific technologies. Events more focused on senior developers that have further technical depth.

At the time of this writing the only open Java events I have participated in Greece and where focused on more experienced developers were events organized by the JHUG.